A backlash against foreign workers dims business hopes for immigration reform Oct 28th 2010 | Washington, dc
BAD as relations are between business and the Democrats, immigration was supposed to be an exception. On that topic the two have long had a marriage of convenience, with business backing comprehensive reform in order to obtain more skilled foreign workers. That, at least, was what was meant to happen.
In March Chuck Schumer, a Democratic senator, and Lindsey Graham, a Republican, proposed a multi-faceted reform that would toughen border controls and create a path to citizenship for illegal immigrants while granting two longstanding goals of business: automatic green cards (that is, permanent residence) for students who earned advanced degrees in science, technology, engineering or maths in America, and an elimination of country quotas on green cards. The quotas bear no relationship to demand, leaving backlogs of eight to ten years for applicants from China and India. Barack Obama immediately announced his support. But the proposal never became a bill, much less law. Mr Graham developed cold feet and withdrew his support; he was concerned that the Democrats were moving too quickly, as the economic misery that has turned Americans against foreign trade spread to dislike of foreign workers. Last year Congress made it harder for banks that had received money from the Troubled Asset Relief Programme to hire workers on H-1B visas, the most popular type for skilled foreign workers. In January the Citizenship and Immigration Service barred the use of H-1Bs for workers based on a client’s premises instead of their own company’s, a move aimed at outsourcing companies, many of them based in India. In August even Mr Schumer, needing to look tough on outsourcing, pushed through a bill sharply raising H-1B fees on firms that depend heavily on the visas. Perhaps the most naked election-year hostility to foreigners appeared during the debate in September over a Democratic bill in the Senate that would have rewarded companies for firing foreign-based workers and replacing them with Americans. Charles Grassley, a Republican senator, responded with a proposal to prohibit any company that had laid off Americans from hiring visa workers at all. The bill did not win enough votes to break a filibuster. Tightened restrictions, political aggravation and economic conditions seem to be having an effect. In 2009 the number of employment-based green cards and H-1B visas was the lowest in years (see chart). It took an unusually long time for the quota of H-1Bs for the fiscal year that ended on September 30th to be used up. Several Indian outsourcing companies have made a point of boosting local hiring at American facilities. This is partly the result of the recession, which has hurt demand for all types of workers. But in a recent report the Hamilton Project, a moderately liberal research group, notes that the number of foreign workers in America has been declining for some time. This might reflect America’s diminished appeal to the world’s most sought-after workers, as well as brightening prospects in their own countries. A survey for the pro-immigration Kauffman Foundation in 2007 found that only a tiny proportion of foreign students planned to stay in the United States. This almost certainly extracts an economic toll, since immigrants are more likely than others to start businesses or file patents. America’s immigration policies have long put a higher priority on family reunification than on employment. Legal immigrants to the country are more likely to have failed to finish high school than either native-born Americans or immigrants to other English-speaking countries. Immigrants to Canada are far more likely to have a college degree. Legislators from both parties have at various times advanced proposals that would smooth the way for skilled migrants, but they have usually foundered on the more intractable problem of dealing with illegal immigration. “These two issues can and should be separate,” says Michael Greenstone of the Hamilton Project. “We are giving up economic growth by putting the two issues together.” Democratic Hispanic legislators oppose separating them for fear of losing business support for comprehensive reform. In principle, then, a Republican takeover of the House might increase the likelihood of a stand-alone bill on skilled immigration. That, however, is not the Republicans’ priority. Lamar Smith, the Republican who would probably become chairman of the House judiciary committee, is more focused on deporting illegal immigrants and strengthening the border. Still, it would be premature to write off the odds of immigration reform. If Mr Obama is to accomplish anything in the next Congress, he needs to find common ground with Republicans on something. Business-friendly immigration reform might just qualify.
Share 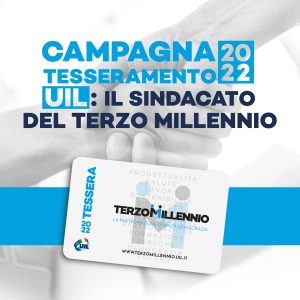 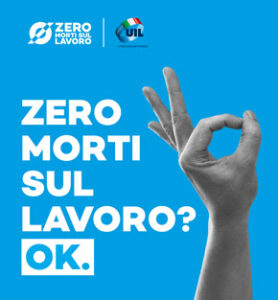